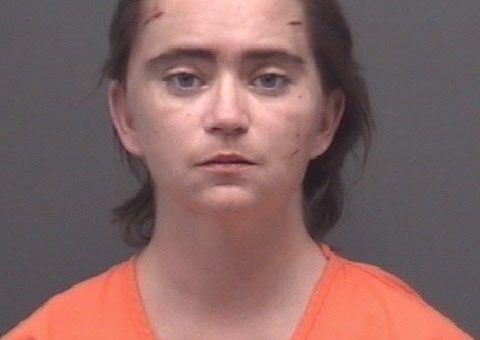 WARRICK COUNTY – On Friday night, Indiana State Police Troopers responded to a crash involving injuries on I-64 near the 42-mile marker, east of Lynnville.

An odor of marijuana was detected inside the vehicle, and preliminary investigation revealed Shinn was traveling west on I-64 and for unknown reasons left the roadway, struck the wooded tree line on the north side of the interstate, and overturned. Shinn and her two children received minor injuries and were transported to Ascension St. Vincent Hospital in Boonville where they were treated and released.

Troopers detected the odor of an alcoholic beverage on Shinn, and she displayed signs of impairment. Shinn submitted to a blood test and the results are pending. Troopers searched Shinn’s vehicle and found alcohol, two clear baggies containing marijuana, and marijuana gummies.

Shinn’s two children were taken into protective custody by the Indiana Department of Child Services. Shinn was arrested and taken to the Warrick County Jail where she is currently being held on bond. Shinn is currently being held on counts of operating a vehicle while intoxicated, a Class C Misdemeanor, neglect of a dependent, a Level 6 Felony, and possession of marijuana, a Class B Misdemeanor.