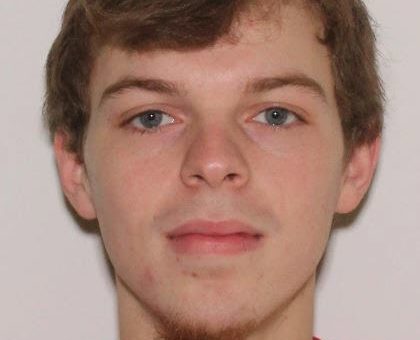 VANDERBURGH COUNTY – An Evansville man was arrested late Friday night, after leading ISP Troopers on a high-speed chase on a motorcycle, ending in an accident.

An ISP Trooper was patrolling the area of First Avenue, south of Diamond Avenue when he spotted a black 2019 Yamaha motorcycle traveling south at a high rate of speed and passing another vehicle. The motorcycle was clocked by radar at 60 in the 45-mile-per-hour zone.

The Trooper attempted to stop the motorcycle, but the rider accelerated and turned east on Columbia, and reached speeds of approximately 80 mph before turning north onto Main Street. The rider disregarded multiple stop signs and eventually turned east on Bob Griese Pass, and then north on Heidelbach Avenue.

The rider then turned west on Diamond Avenue, north on First Avenue, west on West Buena Vista Road, and north on Fulton Avenue before crashing in the 7800 block of Darmstadt Road. The rider was identified as Charles A. Fairbanks, 23, of Evansville. Troopers treated Fairbanks for his injuries until EMS arrived.