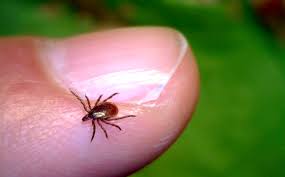 WEST LAFAYETTE — Purdue University, Indiana University, and the University of Notre Dame have joined the Midwest Center of Excellence for Vector-Borne Diseases. The $10 million Midwest center, led by the University of Wisconsin-Madison, is funded for five years by the Centers for Disease Control and Prevention.

“The new Indiana partners are fortifying the center’s capacity to advance innovative vector-control approaches for mosquito and tick threats that are unique to the Midwestern environment,” said Lyric Bartholomay, professor of pathobiological sciences at the University of Wisconsin-Madison and co-director of the Midwest Center of Excellence for Vector-Borne Diseases. “Connections to these three outstanding universities provide the exciting potential to train Hoosiers to join the battle against vector-borne diseases.”

The first round of funding for the center in 2017 established a collaboration between universities and public health agencies in Wisconsin, Illinois, Iowa, Michigan, and Minnesota. Together they work to better control mosquitoes and ticks —vectors that spread pathogens.

The academic partners, which will work closely with the Indiana Department of Health, all have industry connections and expertise in vector-control product development. This includes designing, testing, and evaluating new insecticides, sprays, and devices to control mosquitoes and ticks.

“We’re grateful and excited to be included in this second round,” said Catherine Hill, professor and interim head of Purdue’s Department of Entomology in the College of Agriculture. “Unfortunately, mosquitoes and ticks don’t pay any attention to state borders.”

All three universities will conduct a series of user-acceptance studies for products designed to control ticks and mosquitoes.

“Having buy-in from the stakeholders, particularly for vector control, is critical,” said Molly Duman Scheel, the Navari Family Professor of Medical and Molecular Genetics at the IU School of Medicine-South Bend. “When they feel like they’re part of the technology development process, people embrace it. And if they embrace it, they have more tendency to use it.”

“Because Indiana is now part of the center, the educational piece is going to be big,” said John Grieco, research professor of biological sciences at Notre Dame. “We’re now included in all discussions around the various vector-related issues in our state. It pulls everybody together as a cohesive unit.”

“Ticks are a big problem,” Hill said. “And one tick, in particular — Ixodes scapularis, the Lyme disease tick — is a vector of Lyme disease and multiple other diseases in the region.”

The lone star tick (Amblyomma americanum) and the dog tick (Dermacentor variabilis) also pose problems for Indiana. And as climate change continues, they pose a potential invasive problem for regions north of Indiana, as well.

“The emphasis is going to be on the Lyme disease tick because that’s public enemy No. 1 in North America,” Hill said. But the Asian longhorned tick may someday pose a threat. An invasive species first detected in the United States in 2017, it has now become established here. The tick is found in 17 states, including Kentucky, on Indiana’s southern border. If it moves north, it could become a vector of various human-disease pathogens. But the tick also threatens livestock and other animals.

In her Purdue Extension role, Hill receives many queries about how people can control ticks on their properties without using highly toxic, synthetic insecticides. Purdue’s goal of a plant-based product would help. There are permethrin-based or pyrethroid-based neurotoxins available that are reasonably safe for humans, Hill said, “but I don’t like the thought of putting that in the environment.”

“West Nile virus is one of the big impacts on Hoosiers in terms of mosquito-borne illnesses in the United States,” said Scheel, who is also an adjunct associate professor of biological sciences at Notre Dame. The virus affects Chicago, too, where her lab will join the center’s ongoing field tests for Culex larvae control.

Scheel’s lab is modifying yeast to include an environmentally safe, RNA-based pesticide that can be fed to mosquitoes. The yeast is dead when fed to the larvae, which prevents releasing the live microorganisms into the environment. Researchers widely use RNA technology to study gene function. Scheel aims to move the technology from the lab to the field.

“The RNA is directed specifically against mosquito genes and not humans or other insects,” she explained. “Some pesticides used broadly across the world are not environmentally friendly or specific to mosquitoes.”

In recent years, Scheel’s team has conducted extensive public engagement studies on Trinidad in the Caribbean with funding from the U.S. Agency for International Development and the Department of Defense. Her team will begin doing public outreach in the United States, too, with the CDC grant support.

“When we do this stakeholder engagement, we also teach a lot of people about mosquitoes. That’ll be an immediate impact,” Scheel said.

The lab that Grieco runs with Nicole Achee, research professor of biological sciences at Notre Dame, is developing spatial repellants. Unlike topical repellants for the skin, spatial repellents include hanging strips or tabletop devices that create a mosquito-free environment within a certain area.

“We’re trying to focus more on the natural products — botanicals, geranium oils, and other extracts — because those are going to be much more accepted by the U.S. market,” Grieco said.

Grieco and Achee have tested mosquito control methods to reduce malaria and dengue in Africa, Asia, and Central and South America. Their work has included knowledge, attitudes, and practices evaluations of their products among local residents. They envision students in Notre Dame’s Master of Science in Global Health program to undertake such evaluations as capstone projects.

Once a final product is developed, it must then pass through many U.S. and global regulatory agencies to ensure that it meets environmental safety requirements.