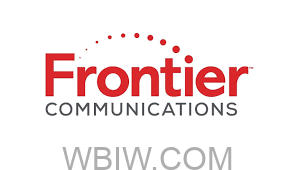 INDIANA – Attorney General Todd Rokita today announced a $15 million settlement with Frontier Communications that will ensure that Hoosiers receive the services for which they have paid. The settlement especially benefits residents living in rural communities.

“Hoosiers shouldn’t be forced to pay for high-speed internet in exchange for slow service,” Attorney General Rokita said. “Particularly with many individuals working remotely from their homes, consistent and reliable telecommunications are vital to Indiana’s economy.”

Although the court declined to hear Indiana’s claims, Attorney General Rokita pushed ahead with his work on behalf of Hoosiers — pressing Frontier to address his concerns about their services.

“Many Hoosiers living in rural areas have no other options but to access internet services through Frontier,” Attorney General Rokita said. “In the 21st century, residents of our rural communities should expect the same quality of service and same availability of technology as their peers in larger cities and towns.”

As a result of Attorney General Rokita’s persistence, Frontier Communications entered into an Assurance of Voluntary Compliance agreement to pay $15 million over a period of four years to improve internet infrastructure in Indiana.

The agreement also requires Frontier to review service speeds and provide options to consumers to reduce service plans (and costs) if their current plans promise higher speeds than those provided.

Frontier also must change their advertising efforts to accurately represent to Indiana consumers both the availability and reliability of their internet service.

Frontier will be given a period to correct various discrepancies between the advertised internet speed and the actual internet speeds provided to Hoosiers. Following this period, Frontier must credit billing charges to consumers who do not receive at least 90 percent of the maximum advertised speed (unless the consumer has been informed of such and elects not to subscribe to the lower speed tier). Frontier also must credit billing charges to customers if it fails to provide consumers at least 100% of the speed they were promised.

In addition, Frontier must provide training programs for their consumer service representatives, field technicians, and sales agents that accurately and comprehensively cover the requirements of the agreement, the effect on the consumer’s internet service, the rights of consumers to discontinue, etc. For four years following the agreement, Frontier must provide the Office of the Attorney General a semi-annual report detailing compliance with the agreement.

Hoosiers are encouraged to contact Attorney General Todd Rokita’s office about any business practices they believe are unfair, abusive or deceptive. Consumers may file complaints by visiting indianaconsumer.com or calling 1-800-382-5516.