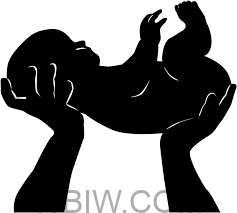 ORANGE CO. – On August 31, at 5:20 p.m., Indiana State Police Dispatch received a call that there was a female who was in active labor at her residence in French Lick and did not think she could make it to the hospital.

While the call was being dispatched, Trooper Mackenzi Alexander heard the location of the residence, recognized it to be only a few minutes away, and responded to assist.

When Trooper Alexander arrived on the scene, she was met by a female who was very distraught, thinking there might be something wrong with the baby. Trooper Alexander was the first on scene and she was able to get the female into a comfortable position while waiting for EMS to arrive. Trooper Alexander, who has prior EMS training and is a certified EMT, was able to time the contractions and found them to be a minute apart. The trooper quickly gathered towels and blankets for the delivery of the baby, as local fire department personnel arrived on the scene.