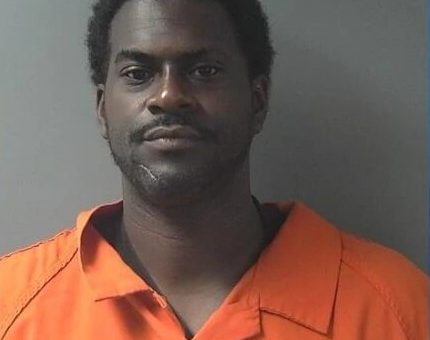 BLOOMINGTON — Authorities in Monroe County arrested Eric Montgomery on charges of rape and furnishing alcohol to a minor after investigating the death of 20-year-old Indiana University student Avery McMillan earlier this month.

On August 17, 2022, at 9:45 a.m. Monroe County Sheriff’s Department deputies were called to an off-campus home in the 4100 block of Arlington Road, near State Road 46 and North Maple Grove Road where they found McMillan, of Valparaiso, unconscious and unresponsive. Deputies administered three doses of Narcan but were not able to revive her.

According to court documents, McMillan was found in the room of 33-year-old Eric Montgomery, who lived at the home owned by his parents.

During conversations with detectives, Montgomery said he met McMillan earlier that morning and admitted to having sex with her in a city parking garage and at his home. Montgomery also told detectives that he and McMillan smoked marijuana and drank alcohol that he had provided to her. He told a detective McMillian was having trouble breathing.

According to McMillan’s roommate, the three had gone to a house party on the IU campus, and McMillan, “got a little more drunk than she intended or wanted to,” according to court documents. The roommate said while in a car after leaving the party around 2 a.m., McMillan became “frazzled and aggressive” during their drive and got out of the car at the intersection of 10th Street and Indiana Avenue.

The roommate told investigators, that she pleaded with McMillian to get back in the car, but McMillan cursed at her and continued walking without her phone, ID, or keys.

The detective said in surveillance footage from McMillan’s apartment complex located near 10th Street and College Avenue McMillan is periodically seen between 2:19 a.m. and 4:02 a.m.

Investigators say she spent a “considerable amount of time” in the parking garage and elevator of her apartment building but was unable to get in without her key. The detective noted that she appeared “highly intoxicated” and often lost her balance.

Surveillance video also showed Montgomery’s vehicle enter the parking garage shortly before 5 a.m. The vehicle remained in the garage for about 9 minutes before it exited. The detective said neither Montgomery nor McMillan can be seen outside the vehicle during that time.

Investigators say because of Montgomery’s “violent and extensive criminal history,” the Critical Incident Response Team helped during his arrest. He was arrested during a traffic stop in Marion County and was taken into custody without incident. He is currently being held at the Marion County Correctional Center.