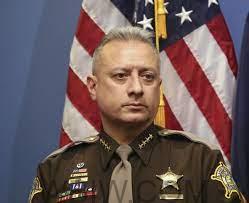 In early July 2022, the Criminal Investigations Division at the Lowell Post began an investigation centered around an allegation that an officer had used police resources to stalk and harass an ex-domestic partner.

During the investigation, it was learned that Patrol Officer Nicholas Katalinic had made false statements to the Lake County 911 Center in order to determine the whereabouts of an ex-domestic partner.  Katalinic also used the Spillman program to determine the location of that same individual. The Spillman program is a program used by the Lake County Sheriff’s Department for specific law enforcement purposes.

During the investigation, it was also determined that Katalinic had made several unwanted phone calls to the victim.  In those phone calls, Katalinic made specific references as to knowing the victim’s whereabouts, as well as other references regarding the well-being of their shared child.

Once the investigation was completed, the findings were submitted to the Lake County Prosecutor’s Office where it was recommended the filing the following charges stalking and harassment by means of telephone.