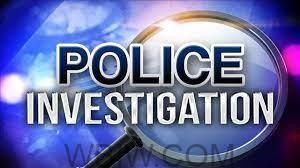 CONNERSVILLE – An autopsy was performed on the body of Thomas Combs, who was discovered in the early morning of August 17, 2022, in the Dale Cemetery in Connersville, Indiana.

The cause of death determined by the Fayette County Coroner Cord Coyle was that Combs died from a gunshot wound.

The Indiana State Police are requesting assistance from the public and asking that anyone who may have heard a gunshot or saw anything suspicious in the late hours of Tuesday, August 16, or early morning Wednesday, August 17 to contact Detective Scott McPheeters at the Pendleton District 765-778-2121.

Detectives from the Indiana State Police are investigating the death of Comb.

Around 8:00 a.m. on August 17th Indiana State Police detectives from the Pendleton District responded to Dale Cemetery at 807 North Gregg Road in Connersville after a report of a deceased male.

When officers arrived, they located the body of 53-year-old Thomas Combs of Connersville.