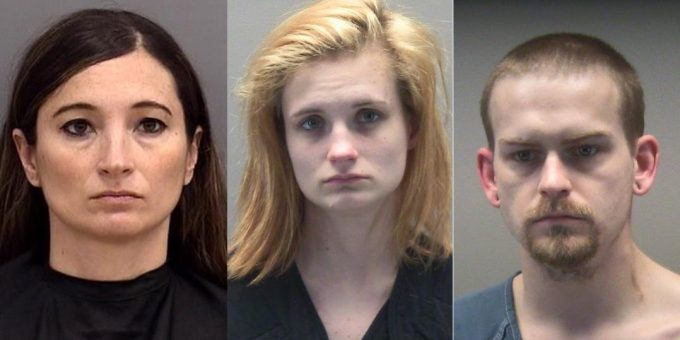 HAMILTON CO. – An Indiana woman was convicted of poisoning and strangling her husband.

Littlefield and her daughter reportedly poisoned Kelley’s food three times, but in January 2021, Littlefield strangled her husband to death with his tie.

Runyon pleaded guilty to conspiracy to commit murder and testified against her mother. She was sentenced to 26 years in prison.

According to reports, Littlefield wanted to kill Kelley over a custody dispute over their two-year-old daughter. Authorities say that there was a court hearing in January 2021 after Littlefield was “violating the parenting time order.”

Littlefield says that Kelley was abusive and “she would be failing her daughter if the dude didn’t end up dead,” according to police.

Officials say that Littlefield paid $2,500 to Walker to hire a hitman, but Runyon and Walker testified that they used the money for drugs, clothes, and hotels instead. Walker pleaded guilty to conspiracy to commit murder and was sentenced to 10 years in prison.

Littlefield attempted to poison Kelley by buying fentanyl from drug dealers in Ohio. Runyon says that they planned to poison his soup and his oatmeal.

Kelley texted Littlefield when he was suspicious.

“Did you do something to the oatmeal that was in my fridge?” he texted her on Jan. 14, 2021. He also mentioned that he was lightheaded after a few bites.

Littlefield denied the claims, and Kelley died shortly after sending the texts. Reports say he was strangled and had his head smashed to the floor.

Her sentencing is scheduled for October.