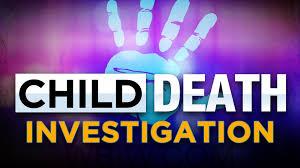 KOKOMO — The Kokomo Police Department is investigating the death of an infant in Kokomo.

Officers were called to the 600 block of South Market Street around 6:40 p.m. Thursday to investigate an unconscious infant.

Police arrived and saw adults performing CPR on the child. The baby was pronounced deceased after being taken to a hospital.

Police have identified the child as 5-month-old Bentley Gray.

An autopsy will be performed by the Howard County Coroner’s Office.