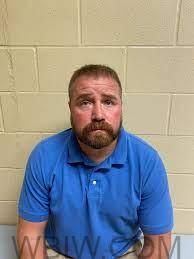 FLOYD CO.  – An investigation by Indiana State Police has led to a Harrison County Sheriff’s Deputy being charged with two felonies after he allegedly sent an accusatory email falsely identifying himself as another officer who currently works for the New Albany Police Department.

The email’s author identified themselves as a particular and current New Albany police officer. The email made allegations of officer misconduct at the New Albany Police Department. It also alleged that although the sender had reported the allegations, the issues were not being addressed. The sender not only identified himself as a particular New Albany officer but also included a telephone number and identifying information about his family.

Upon receipt of the email and at the request of the Floyd County Prosecutor’s Office, ISP detectives began a probe into the allegations. First, ISP Detective Mike Bennett contacted the New Albany officer listed as the email’s author. That officer advised that he had not sent the email and had no knowledge of such communication being sent. Detective Bennett then started investigating possible identity deception while continuing to look into the allegations mentioned in the email with the assistance of additional State Police Detectives.

After investigating the identity deception, Detective Bennett submitted his findings to the Floyd County Prosecutor. As a result, on Monday, August 29, the Floyd County Superior court issued an arrest warrant for Ralph M. Weaver, 37, of Lanesville, Indiana. The warrant was for one count of identity deception and one count of obstruction of justice. Both charges are Level 6 Felonies.

Ralph Weaver voluntarily turned himself into the court on Monday afternoon.

Ralph Weaver is currently employed as a Sheriff’s Deputy with the Harrison County Sheriff’s Department and was a former New Albany City Police Officer.

During the concurrent inquiry by State Police Detectives regarding the alleged offenses in the initial email, detectives found the New Albany Police Department and the Indiana State Police had previously addressed or investigated those issues. The Floyd County Prosecutor discussed the results with the investigators and concurred with their findings.