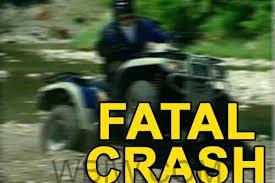 Preliminary investigation revealed Charles Hunt, 64, of Edwardsport, was operating his ATV on Albrecht Road when he abruptly went off the roadway and into a ditch ejecting him from the ATV.

Hunt was pronounced dead at the scene by the Knox County Coroner’s Office.