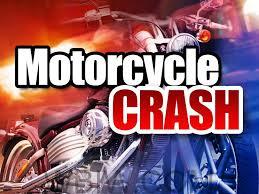 BEDFORD – Two motorcycle drivers were injured after one driver lost control of his motorcycles in gravel on Tunnelton Road Wednesday afternoon and the other laid their bike down to avoid a collision.

According to a Lawrence County Sheriff’s Department report, officers responded to the accident scene at 3:58 p.m.

Kennedy lost control of his motorcycle on gravel causing the bike to slip out from under him.

Morgan told police she laid her bike down to avoid colliding with Kennedy and his bike.

Kennedy suffered a possible broken collar bone and scrapes and cuts all over his body.

Both were transported by ambulance to a local hospital for a medical evaluation.

There was minor damage to both motorcycles. Damages were estimated between $2,501 to $5,000.