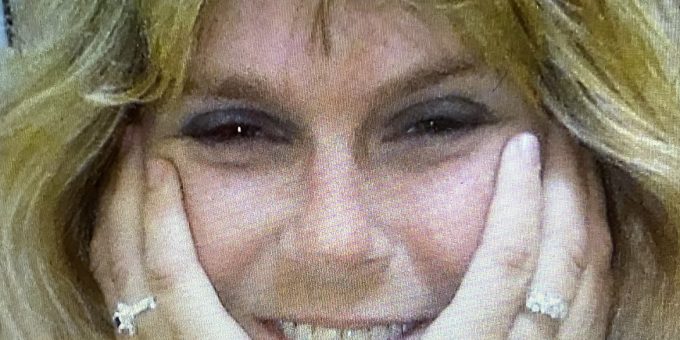 Tammy D. (Thrasher) Barrett, 54, of Fayetteville, GA, went to her heavenly home at 9:15 pm on Wednesday, August 24, 2022, at Riverdale Nursing & Rehabilitation Center after an extended illness.

Born January 22, 1968, in Savannah, GA, she was the daughter of Marvin and Carol (Rodman) Thrasher. Tammy married David Barrett on September 3, 2005. She graduated in 1986 from Bedford North Lawrence High School where she was a member of the marching band, Color Guard, and Choir. She received a degree in Medical Billing from Indiana Business College in Indianapolis.

Tammy was baptized a Christian in 1981 and was a member of All Saints Anglican Church where she was a
daughter of the Holy Cross and sang in the choir.

She had a great love for her nephews, Lincoln and Callen. She also enjoyed making jewelry, traveling, singing and reading.

Tammy is survived by her husband, David; a step-son, Bryan (Stephanie) Barrett, of Hazel Green, AL; their children, Skylar, Austin, Alexander, and Ashton; sisters, Paula (Ritchie) Tirey, of Bedford, IN and Sarah Thrasher, of Indianapolis; a niece, Jencie (Casey) Brown, of Ellettsville, IN and their children, Lincoln and Callen; her mother-in- law, Jane Barrett and a brother-in-law, Doug Barrett , both of Anderson, IN.

She was preceded in death by her father, a sister, Tina (in infancy) and her father-in-law, Gene Barrett.

The family asks that friends consider memorial contributions in Tammy’s memory be made to the White River Humane Society.