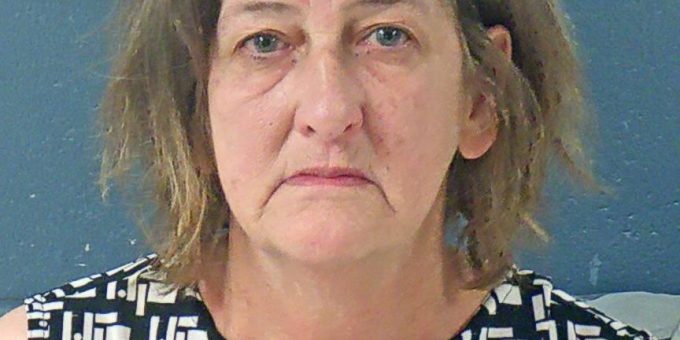 BEDFORD – A Bedford woman was arrested early Friday morning after Bedford Police officers were called to a home at 425 N Street at 12:07 a.m.

While en route, a Bedford dispatch advised that the female involved had left the home on foot.

When police arrived at the home they were met by a man who said 57-year-old Nancy Fausett had just left the residence after “going crazy” all evening. He told police, that Fausett had shoved him and slapped him on the back of the head multiple times.

The man stated that when he entered a bedroom, Fausett grabbed him by the throat, choked him, and dug her nails into his skin.

The man declined medical attention for his injuries.

Another woman in the home told police she witnessed the altercation between the man and Fausett. She said Fausett had been drinking and was acting belligerent all evening.

The woman stated that she saw Fausett grab and squeeze the male by the throat while she yelled at him.

While officers were talking to the male victim and the female witness, other officers searched the area for Fausett. Fausett was found and detained on charges of domestic battery and strangulation.