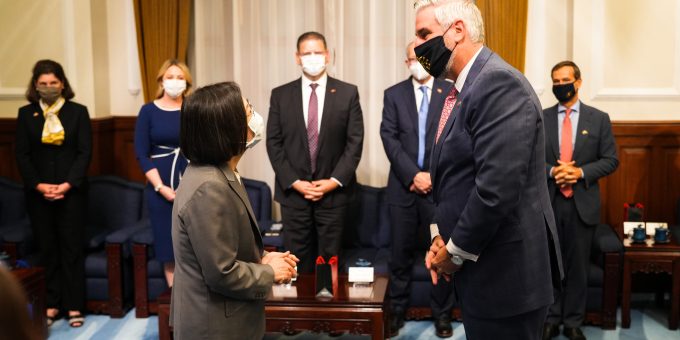 During the trip, the Gov. Holcomb-led delegation, including Indiana Secretary of Commerce Brad Chambers and Purdue University officials, discussed opportunities for collaboration across industry, academia and government, and established four new partnerships designed to advance innovation, high-tech industries and the economy of the future.

“Indiana’s global economy is growing, with more than 1,050 foreign-owned businesses operating here today, because of our intentional commitment to developing relationships with partners like Taiwan,” said Gov. Holcomb. “Taiwan is a world leader in chips and microelectronics, while Indiana boasts a skilled ecosystem of engineering talent and innovators. Together, we can advance discoveries, encourage investment and power the products and solutions of tomorrow.” In Taipei, Gov. Holcomb met with Taiwanese government officials, including Taiwan President Tsai Ing-wen; Minister of Foreign Affairs Jaushieh Wu; and Minister of Economic Affairs Mei-hua Wang; to strengthen innovation-driven cooperation between Indiana and Taiwan. On Monday, Gov. Holcomb solidified this commitment in a memorandum of understanding between the state of Indiana and the Taiwan Ministry of Economic Affairs, outlining a vision for future collaboration and establishing a framework to work together to advance academic cooperation, economic development and investment, and supply chain resiliency in key sectors, including advanced manufacturing, agriculture, semiconductors and technology. 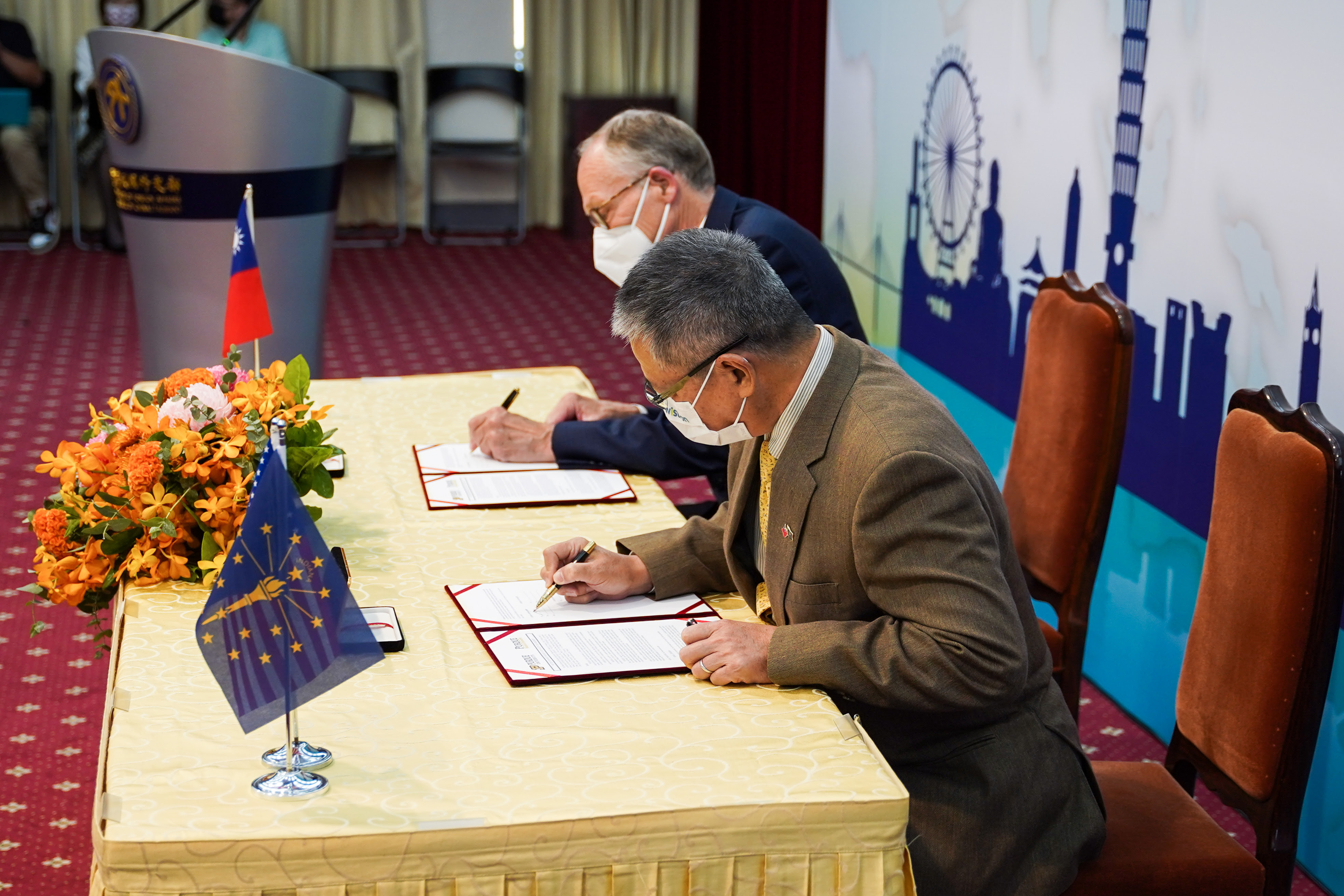 “Indiana and Taiwan share a bold vision for innovation and building the future economy,” said Sec. Chambers. “I’m encouraged by our progress in Taipei the last two days and am confident these new partnerships will create future-focused, action-oriented plans for collaboration that will benefit the industries and people of both Indiana and Taiwan.” 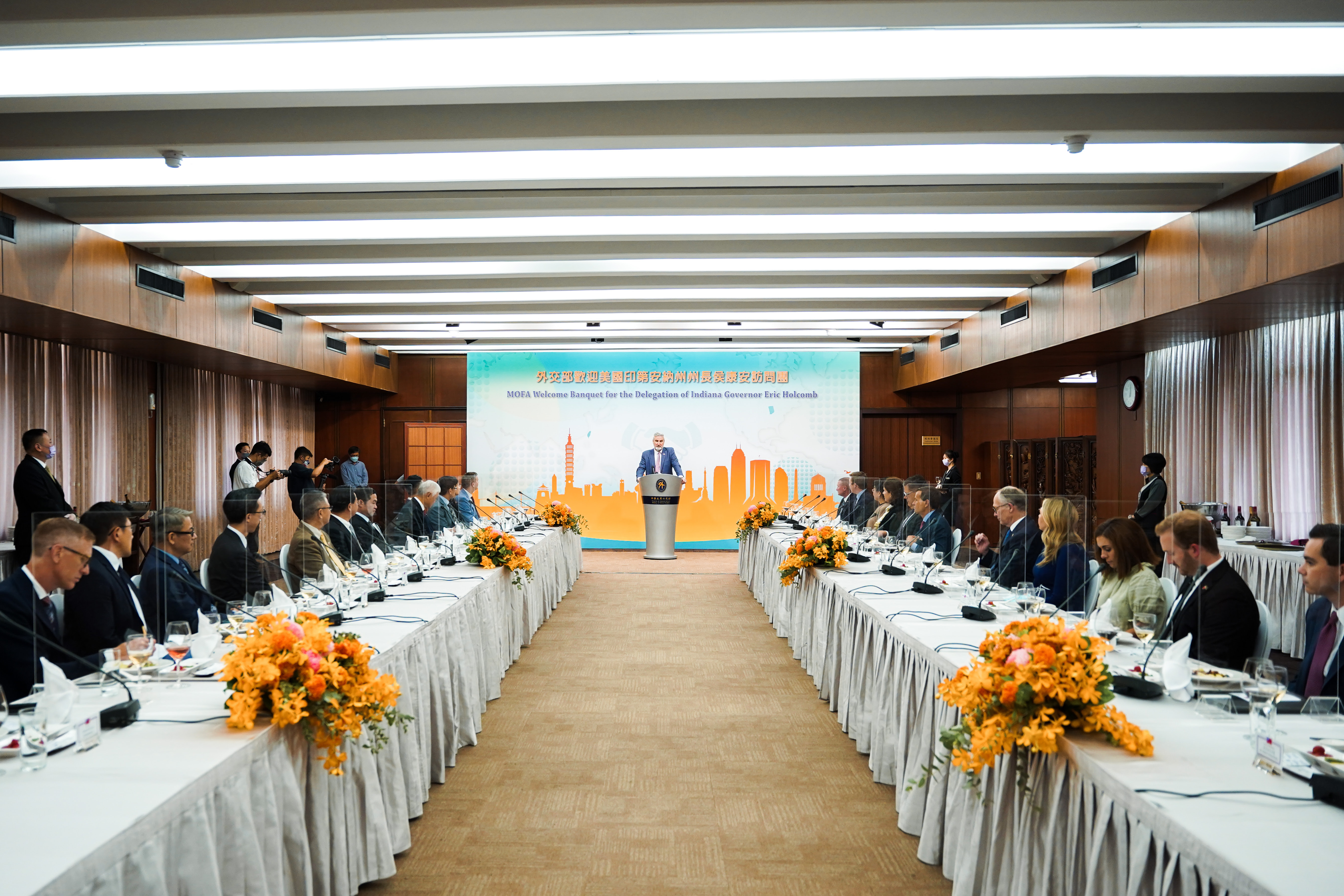 Additionally, the delegation spent time with business executives and industry leaders, including MediaTek, which announced plans in late June to partner with Purdue University to create a new semiconductor design center in Indiana. Gov. Holcomb and Sec. Chambers also met with a number of high-tech Taiwanese and global business prospects to highlight the state’s leadership in future-focused industries and its commitment to growing the semiconductor supply chain in Indiana, noting recent industry announcements from MediaTek and SkyWater Technology, as well as Indiana’s new Accelerating Microelectronics Production and Development (AMPD) task force, and the recent signing of the federal CHIPS Act. This trip marks Gov. Holcomb’s first trip to Taiwan, making him the first U.S. governor to visit since 2019 and the first Indiana governor to go to Taiwan in 17 years. Today, he, Sec. Chambers and the delegation will travel to the Republic of Korea to bolster ties between Indiana and South Korea before returning to Indianapolis on Saturday.