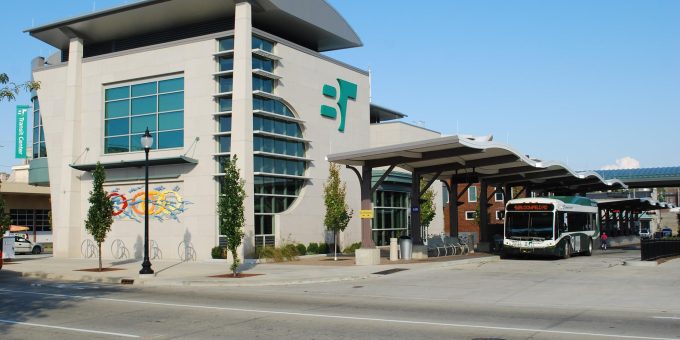 BLOOMINGTON – Bloomington Transit (BT), has been awarded $7 million from the federal government to add new electric buses to its fleet. Federal Transit Administration (FTA) Low or No Emission Program discretionary grant funds in the amount of $7,040,000 will be used for eight (8) zero emission Battery Electric Buses (BEB) needed for transit service expansion. The resources from the FTA project will provide the necessary capital funding for zero emission BEB’s to be used for service expansion.

This project complements the recommendations from the 2021 Bloomington Public Transit Corporation Alternative Fuels and Infrastructure Assessment Study for the long-range transition to alternative fuels for the BT fleet. Additionally, it supports the goals of the City of Bloomington’s Climate Action Plan, which has the goal of reducing greenhouse gas emissions by 25% by 2030 and achieving carbon neutrality by 2050.

On August 23, 2022, the BT Board of Directors adopted a goal to transition the bus fleet to 60% Battery Electric by the year 2030. This new grant award, coupled with existing federal funds, positions BT to add 16 Battery Electric Buses to the current fleet of 39 buses by 2024.

“As our City continues to grow, a modernized public transportation system is essential,” said Mayor John Hamilton. “Eight new electric buses will help Bloomington Transit be the sustainable social and economic engine that improves lives and offers equitable freedom of mobility for our community residents. I congratulate the staff and board of BT for their success in this competitive application for federal dollars. And I thank the City Council for their support of the new revenue from the Economic Development Local Income Tax earlier this year – that action is already paying off in federal awards like this.”

The BEB’s are necessary for BT to expand services to meet the mobility needs of Bloomington’s populations that rely on public transportation. A larger fleet also increases transportation options while furthering Bloomington’s livability and resilience.

“The Bloomington City Council’s significant commitment of new local income tax (LIT) revenue pledged for new transit services was instrumental in the success of the grant award,” said Jim McLary, BT Chairman of the Board. (bloomington.in.gov/newreevenue).

The Bloomington Transit System is managed by The Bloomington Public Transportation Corporation, which is served by five board members. (https://bton.in/dBY-i)

Learn more about Bloomington Transit, including routes, schedules, and fares at bloomingtontransit.com.