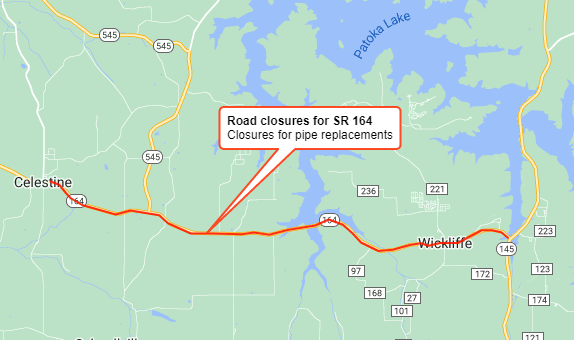 Beginning on or around Monday, September 12, daily road closures are planned for State Road 164 near Celestine for pipe replacements. Closures will begin west of State Road 545 near Celestine and proceed east to State Road 145. The project will replace six individual pipes along the roadway. Sections of SR 164 that are closed will re-open as each pipe replacement project is complete. The entire project is expected to take a week to complete, depending on the weather.