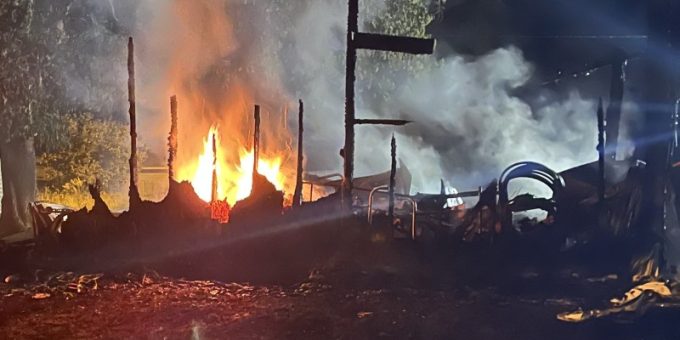 Firefighters were called to the 1800 block of Newton Street at 3:58 a.m. When firefighters arrived they found smoke bellowing from the home.

Heat from the fire damaged the home’s vinyl siding.

The garage was destroyed. Damages were estimated at $30,000.

No one was injured in either of the fires.

Firefighters continue to investigation the cause of both blazes.