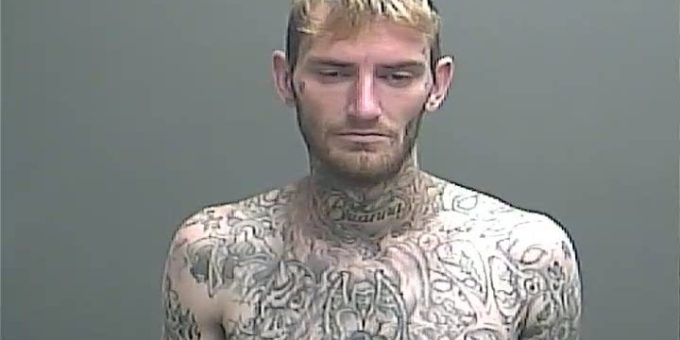 KNOX CO. – Early this morning at approximately 3:05 a.m., Indiana State Trooper D. Roberts was patrolling in the area of US 41 and 6th Street in Vincennes when he attempted to stop a 2009 Toyota SUV at 6th Street and Old Wheatland Road in Vincennes for having inoperable taillights.

The driver of the SUV refused to stop and accelerated north on Old Bruceville Road reaching 85 miles per hour.

The vehicle eventually left the roadway near Grundman and Red Road and the driver fled on foot into a bean field.

The driver was identified as 28-year-old David Neidige, of Washington.

Further investigation revealed the 2009 Toyota SUV had been reported stolen on August 22 from Daviess County, Indiana. Neidige was transported to the Knox County Jail where he is currently being held on bond on charges of resisting law enforcement in a vehicle, receiving stolen property, possession of meth and operating a vehicle while intoxicated.