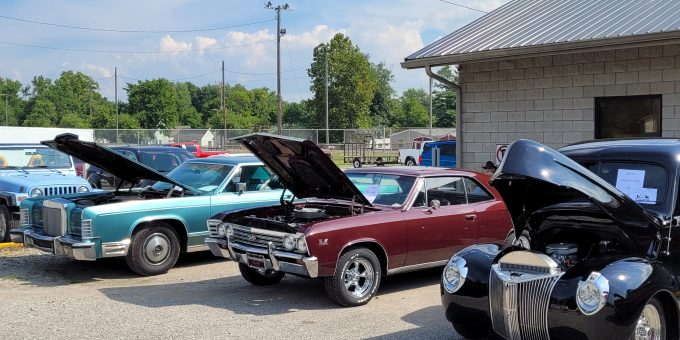 MITCHELL – The American Legion Cecil C. Martin Post 250 held their Annual Car show on Saturday which saw multiple vehicles come out in support of the group.

Classic cars, trucks and motorcycles lined the parking lot in Mitchell after paying a $15 entry fee, for a chance to win one of the many prizes that were available during the event.

Legion member R.P. Jones helped to coordinate the car show, in hopes to raise funds to give veterans in need Christmas gifts.

“At Christmas time, we go to all of the county nursing homes and ask if there are any veterans at their facilities,” said Jones. “We then gather items for them like clothing, shoes, and hygiene items, so they can have someone there for them on Christmas. Most of these veterans either don’t have any family in the area or that care for them regularly, so we want to do our part and show them our love and support.”

Results from the show include: