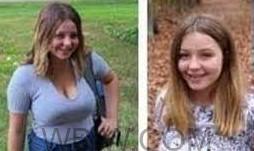 INDIANA – A 15-year-old girl from Indiana has been found safe after being missing for the past 31 days.

According to investigators, it took a team a month of searching and investigating to locate her. Santa Claus Police officers, were joined by U.S. Marshals and The National Center for Missing and Exploited Children in the search for the missing teen.

They discovered information that King had left Indiana. They located the missing teen in an apartment in Jacksonville, Florida, on Sunday.

It’s not clear why she went to Florida. Officers located the teen and two residents, a man, and a woman, in the apartment. Police have not released information regarding the level of involvement the man and woman had in the teen’s disappearance. King was removed from the apartment building without incident. Police are investigating the two residents of the apartment King was staying in. The incident is under investigation by the U.S. Marshals and the Jacksonville Sheriff’s Department.