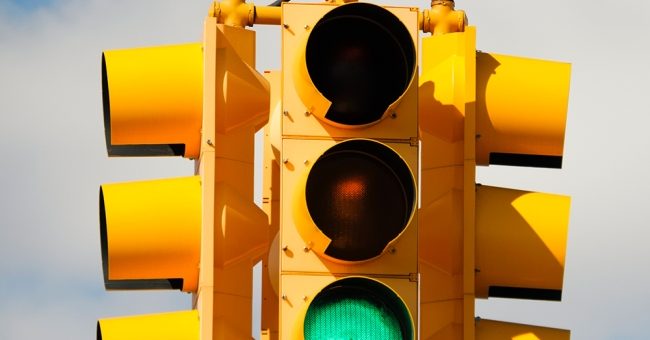 OOLITIC – The traffic signal and a boat was damaged after an incident Tuesday at 7:18 p.m. at the 4-way intersection of State Road 37 and Main Street in Oolitic.

According to a Lawrence County Sheriff’s Department report, 36-year-old Cody Moore, of Bedford, was driving a 2002 Ford F-550 pulling a trailer with a houseboat on it and traveling north on State Road 37.  Moore passed under the cables that held up the traffic signals for the southbound lane of traffic.

The houseboat hit the cables causing damage to the signals in the southbound lane and the boat.

Police say Moore did not realize he had hit the cables.

The boat sustained damage to the fiberglass control station on top of the boat. The metal railings on the top deck were also bent and their bases pulled away from the roof structure of the boat.

The left lane of southbound State Road 37 was shut down due to the traffic signal hanging down in the traffic lane. The Department of Transportation was alerted to the damages.