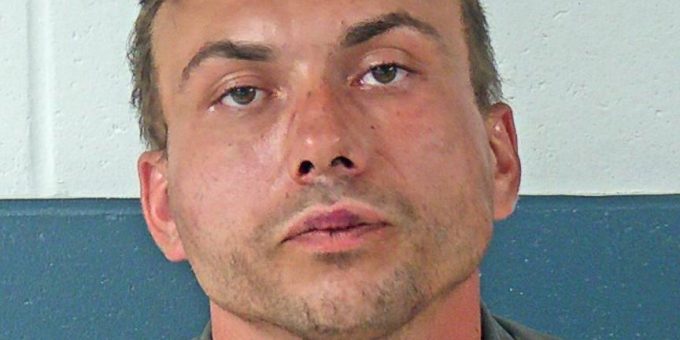 SPRINGVILLE – A Bloomington man was arrested Monday, when Lawrence County Sheriff’s Department deputies were called to a residence after a report a man had pulled a knife on the caller.

When police arrived at the residence, no address was listed on the probable cause affidavit, they spoke to the caller. The caller said he was able to take the knife away from 35-year-old Shawn Heerdink.

Prior to deputies arriving, they spotted a gray Nissan on Harrodsburg Road turning from Springville Judah Road. A deputy turned around to attempt to stop the driver, Shawn Heerdink, but was unable to locate the vehicle.

That is when Heerdink told the man he was “going to start smacking people”. Heerdink was then told not to enter and threaten him. At that point, Heerdink pulled a knife and stated “he would stab him with it”. The caller told deputies he grabbed Heerdink and got him out of the garage. While attempting to remove Heerdink from the garage a scuffle started and the caller grabbed Heerdink’s left hand which was holding the knife. He stated that he felt that if he did not take control of Heerdink’s hands that he would have been stabbed.

The caller was able to take possession of the knife and calmed Heerdink down. Soon after the incident Heerdink left the residence.

Deputies located Heerdink later and arrested him on charges of intimidation, battery resulting in bodily injury, and battery with a deadly weapon.