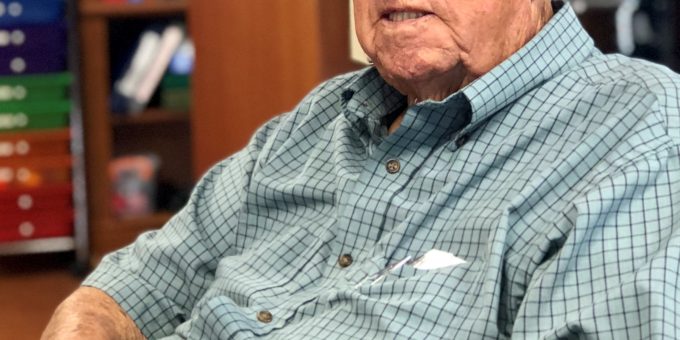 Born February 11, 1930, he was the son of Floyd Lee and Fatima Jones. He married Ruby Marie Robbins on August 2, 1948, and was devoted to her until she preceded him in death on February 8, 2017. He owned coin-operated laundries in Bedford and Bloomington as well as an appliance repair service. Later, he was in charge of maintenance for the Bedford U.S. Postal Service. He was highly skilled in mechanical and electrical systems and could fix anything. He was a long-time member of the Hilltop Pentecostal Church and in later years, attended the Oolitic Pentecostal Church. He was active in Ham Radio using the call sign, KB9VZ. He loved his family and grand-dog Snickers.

He was preceded in death by his parents, his wife, a brother, Richard Dale Lee; a sister, Vivian Fern Taylor; and his step-mother Hazel Lee.