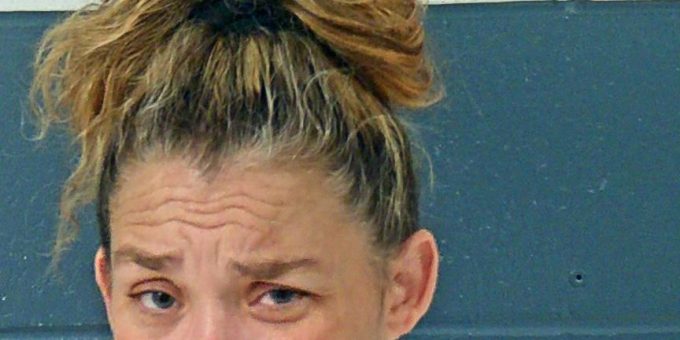 BEDFORD – A Bedford woman was arrested Friday after Bedford Police officers received a report of a physical fight at 802 O Street.

When police arrived they found a male and female on the porch who appeared to “be disheveled.”

The female was 47-year-old Maria Kindall, of Bedford and she was yelling “he was here” repeatedly and was  “gesturing toward the street”.

Officers separated the parties and spoke with Kindall on the porch but she would not speak to officers and continued to yell.

She continued to yell, “you believe him” and “he sells me on Craigslist to be raped”. She then told the officer the male had taken her into a bedroom and hit her in the face. But police say she had no visible injuries. She also stated the male stabbed her the night before on her ankle and showed the officer a small scratch located on that ankle.

Kindall admitted to drinking “a lot” when officers asked her how much she had consumed that day.

Regardless of continual requests from the officers to quiet herself, Kindall continued to yell slurs at the male and remained uncooperative.

The male had suffered a bruise and swelling to his left eye and his shirt was torn where Kindall had grabbed him.

The male reported to police Kindall had moved into the residence after completing rehab, but quickly fell back into drinking.

When he arrived home he found Kindall “heavily intoxicated” and the window at the rear of the house was broken.

He told Kindall she needed to gather her belongings and leave. She then began hitting the male “repeatedly 15 to 20 times with both an open and closed fist”.  She then threw the television remote at him striking him in the left eye causing a cut, bruising and swelling.

Officers observed numerous injuries and blood to his chest and face. The male declined medical treatment.

Kindall was arrested on charges of domestic battery and disorderly conduct. Police say Kindall had an alcohol blood level of 0.225 percent.