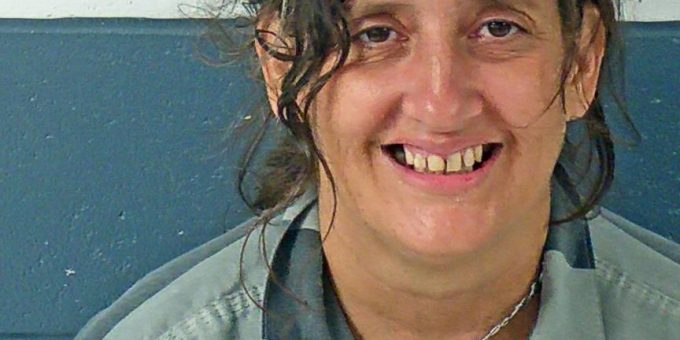 BEDFORD – A Bedford woman was arrested Thursday afternoon after Bedford Police officers were called to  2111 H Street after a report of a verbal domestic fight.

Officers saw 45-year-old Shannon Rishforth and another woman arguing in front of the home upon their arrival.

It was reported Rishforth and the woman engaged in an argument. The argument heightened to the level where Rishforth “drew back her fist to strike her”.

Officers noted that Rishforth had blood-shot, glassy eyes and they detected the odor of alcohol on her breath.

“Rishforth was speaking unintelligibly and denied trying to hit the other woman or causing any issues.” Officers also learned there was an active no contact protection order in place against Rishforth.

Rishforth became belligerent once she was detained and escorted down the stairs to the police vehicle.

Rishforth was arrested on charges of disorderly conduct and invasion of privacy.