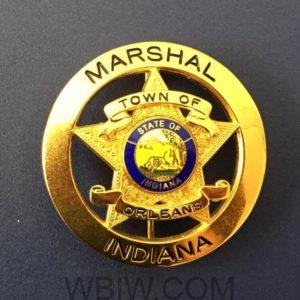 Town of Orleans Deputy Marshals Corbin Tye and Andrew “Drew” Henderson received a Letter of Commendation for their actions and bravery.

On July 2, 2022, Deputy Marshal Tye and Henderson apprehended a wanted felon who had eluded capture for two weeks from both the Orleans Police Department and the Orange County Sheriff’s Department.

Subsequently, the capture also resulted in additional drug charges on the wanted felon as well as another individual after officers found cocaine, meth and marijuana.