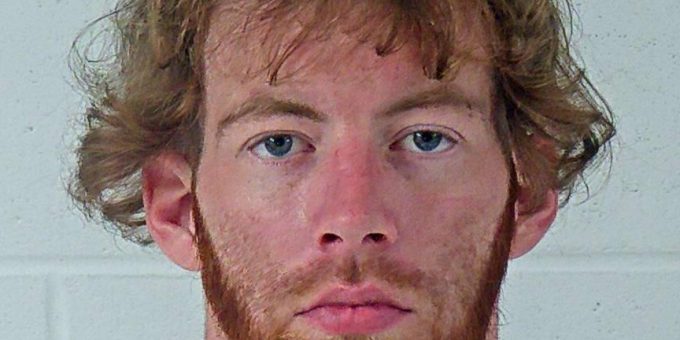 HELTONVILLE – A man was arrested Tuesday morning when Lawrence County Sheriff’s Department deputies were called to Transitions on Diamond Road in Heltonville after a staff member reported a male patient 27-year-old Taylor Brod was “irate and being physical with staff members”.

When officers arrived they could hear Brod yelling. An employee reported Brod had hit staff members and shoved them against the wall.

Brod had been transferred to Transitions from a facility in Bloomfield.

Officers found Brod sitting on a bed. He told police he had epilepsy and didn’t want to be at the facility but was court-ordered to be there.

According to staff, a staff member entered Brod’s room that morning and told him he needed to attend a group session. Discussion occurred between Brod and other staff members regarding Brod attending. At that time, Brod pushed the staff members.

The officer noted in his report, that Brod was upset and agitated about the incident

Officers then reviewed the security-camera footage showing Brod cursing at the staff members and becoming physical with staff members.

Brod was detained on charges of intimidation, battery, and disorderly conduct.