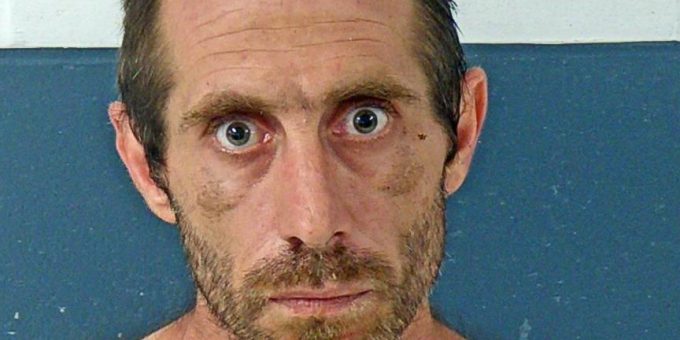 MITCHELL – A Mitchell man was arrested on Wednesday after Lawrence County Central Dispatch received a call reporting that 40-year-old Tylor Jean was in the garage damaging items to include a window. Jean was on the property in violation of a protective order.

When Lawrence County Sheriff’s Department deputies and Mitchell Police Officers arrived at the home at 623 Davey Cox Road Jean was in the barn, just west of the home. The garage was east of the home.

Officers went to the barn to search for Jean. While searching around the barn, the officer found Jean lying on a stack of wood and he was detained.

Officers found a window in the garage broken and a crowbar laying on the ground next to the broken glass. The officer also observed a few items thrown around on the floor along with a damaged refrigerator door. The homeowner reported Jean pulled the door off the refrigerator. There was also damage to the windshield wipers on the homeowner’s truck.

Tylor Jean was arrested on charges of invasion of privacy, and criminal mischief.