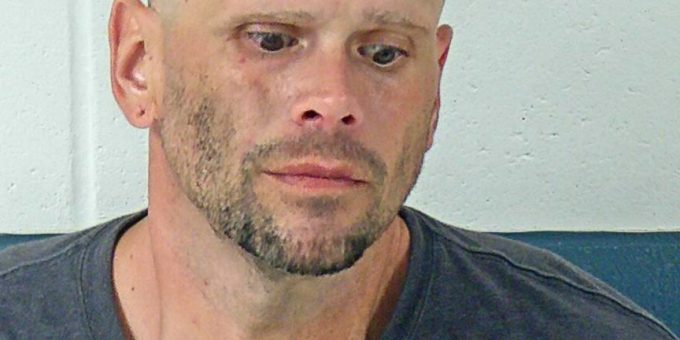 MITCHELL – An Indianapolis man was arrested Thursday after Mitchell Police officers were requested to a home at 701 West Main Street after a report of a suspicious person going through the dumpsters at Regenerations.

When officers arrived they found 40-year-old Nicholas Stroud near the dumpster. Officers said Stroud was “extremely nervous”. Stroud had removed several items from the dumpster.

Police noted Stroud was acting “very erratic in his speech and stumbled on his words”.

When asked if Stroud had anything illegal in his pockets he replied, “I got some stuff in my right pocket”.