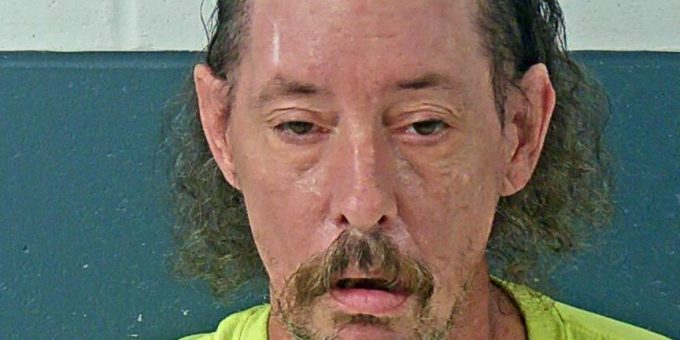 BEDFORD – A Bedford man was arrested after a Bedford Police Department began an investigation on March 11, 2022, after a report a 14-year-old female had been sexually abused.

Police arrested 51-year-old Troy Stotts, of Bedford, on charges of sexual misconduct with a minor, contributing to the delinquency of a minor, and child solicitation.

According to a probable cause affidavit, the father of the child said an elderly lady came to him to report that Stotts was making inappropriate comments to the girl.

The comments began in December 2021 and then Stott allegedly began “inappropriately touching” the girl, by rubbing the girl’s thighs, touching her chest, and spanking her butt. Most of the incidents took place in Stott’s apartment on Industrial Park Drive and in his vehicle.

The investigators also learned another adult male had exposed himself to the teen and was providing the teen with alcohol and when she became intoxicated would kiss and touch her inappropriately in Stotts’ apartment.

The teen completed a forensic interview at Susie’s Place. Present at that interview was the Bedford Police Department investigator, a Lawrence County deputy prosecutor, and a caseworker from the Department of Child Services.

The child talked about her relationship with the other male and Troy Stotts. She said the involved started out “innocent” but then the other male began “furnishing her alcohol”.

She said the incident with the other man began “flirty” and eventually he began trying to solicit sex and nude photos from her but she wouldn’t send the photos to him. She did admit to “making out” with the male. She said the incidents occurred over a span of one or two months while the girl was intoxicated. She reported the male did touch her inappropriately. Some incidents occurred in a cave the two visited near the apartment building.

She said both males were aware of the girl’s age.

She told investigators that Stott would also view pornography in front of her and others in his apartment. She said she was not intoxicated when the incidents with Stotts occurred but she had smoked marijuana with Stotts.

Officers served a search warrant at Stotts’s apartment, took his phone and viewed his Facebook page.

They found messages that were sexual in nature that requested nude photots form the teen on the other males phone. Stotts did admit to smoking marijuana with the teen and had spanked the girl in a “playful manner but that was not any sexual intent”.

He did admit that he did have a conversation with the teen about them having a sexual relationship when she turned 18.

At this time, the police have not been able to locate the second male involved or interview him about the case.

The information was forward to the Lawrence County Prosecutor’s Office and a warrant was issued for Stotts’s arrest.