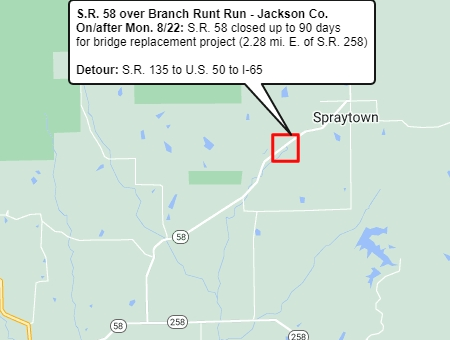 JACKSON CO. — Indiana Department of Transportation contractor Milestone Contractors LP plans to close S.R. 58 over Branch Runt Run, on or after Monday, August 22, for a bridge replacement project in Jackson County. The bridge is located just over two miles east of S.R. 258; approximately 13 miles west of Columbus. The closure will last up to 90 days with an official detour route that follows S.R. 135, U.S. 50, and I-65.