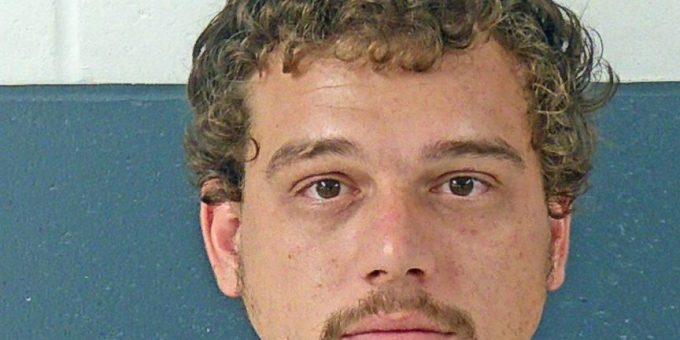 Dispatch advised the vehicle had lost a tire and stopped just west of State Road 446 and US 50 East.

When the Lawrence County Sheriff’s deputy arrived they found the vehicle in the area of US 50 East and Stove Road and stopped the vehicle. The driver was ordered out of the vehicle.

The driver stepped out of the vehicle with his hand up in the air facing the officer, 28-year-old Joshua Walters was detained.

Walters stated “I’m sorry sir” and repeatedly said, ”what did I do?”. He then asked to call his mother.

Police say Walters failed field sobriety tests.  He then told the officer had had “drank a pint of something”. Walters was arrested on charges of operating a vehicle while intoxicated, leaving the scene of an accident, and resisting arrest.