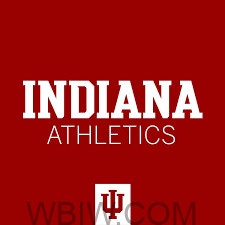 The addition of beer sales at Bill Armstrong Stadium is in line with past decisions to introduce beer sales at IU football, baseball, and softball games. Beer was first offered at Memorial Stadium for IU Football games in 2019, and it was added to the concession options at IU baseball and softball last spring.

“The response to our addition of beer to our concessions options at various venues has been overwhelmingly positive, which makes this decision a logical next step as we continue to improve the game experience for our fans,” said IU Vice President and Director of Intercollegiate Athletics Scott Dolson.

Encouraging responsible fan behavior and promoting alcohol safety continues to be a top priority for IU Athletics.  Every purchaser (who appears to be younger than 50) is required to present a valid, government-issued photographic identification documenting that he or she is 21 for every purchase of beer. Purchasers are limited to two drinks per transaction, and beer sales end with 20 minutes remaining in regulation play. No beer will be sold to a visibly intoxicated person. All servers must have a current alcohol server permit issued by the state of Indiana and have gone through and passed TEAM responsible alcohol service training.