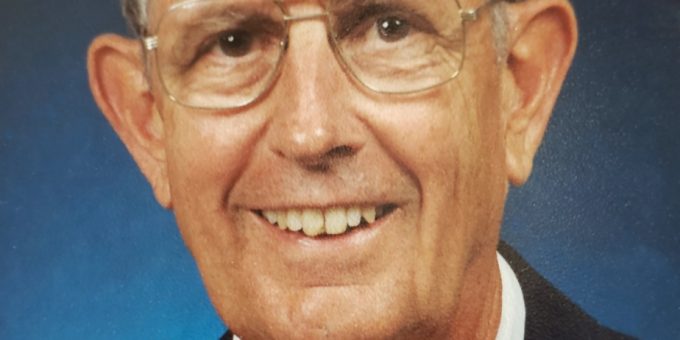 Frank graduated from Mitchell High School in 1948 and Franklin College in 1952.  He was vice president of the Bank of Mitchell, served on the board of directors, and was the owner of Braman Realty.

Frank was Lawrence County Treasurer from 1965-1972 and served on the Dunn Memorial Hospital Board.  He was a member and past master of Mitchell Masonic Lodge No. 228 F.&A.M., and also a member of the Murat Shrine and Scottish Rite Valley of Indianapolis.  Frank was a member of Jacob Finger United Methodist Church and for several years served as treasurer.

His parents and brother, Jack Braman, preceded him in death.

The funeral service will be at 1:00 p.m. Friday, August 12, in the Memorial Chapel of Chastain Funeral Home & Cremation Center with Pastor Eric Kersey officiating.  Burial will be in Mitchell Cemetery with military honors accorded by American Legion Post No. 250. The family will receive friends from 11:00 a.m. until the time of service on Friday at the funeral home.

A memorial service will be conducted by the Mitchell Masonic Lodge No. 228 F.&A.M. at 12:30 p.m. Friday at the funeral home.