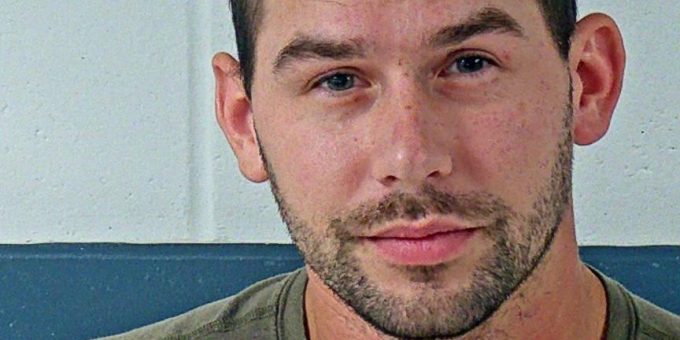 BEDFORD – A Heltonville man was arrested on a warrant for invasion of privacy after a Chief Investigator with the Lawrence County Prosecutor’s office met with two women in reference to a protective order violation on July 11, 2022.

According to a probable cause affidavit, on July 6, 2022, the women were in a vehicle driving south on O Street and were about to turn west on 16th Street when they spotted 29-year-old Dalton Sosh parked in the rear of Pappa John’s on 16th Street.

One of the women told the investigator that Dalton, ”made a childish smile and waived his little finger at them”.

The female driver proceeded to turn west onto 16th Street and called the Lawrence County Sheriff’s Department at 2:31 p.m. to alert an officer to the situation. The dispatcher told the woman the action was not a violation of the protective order.

The other woman provided the investigator with a statement reporting Sosh had waved at the women in violation of the no contact order.

A warrant was issued for Sosh’s arrest on a charge of invasion of privacy.