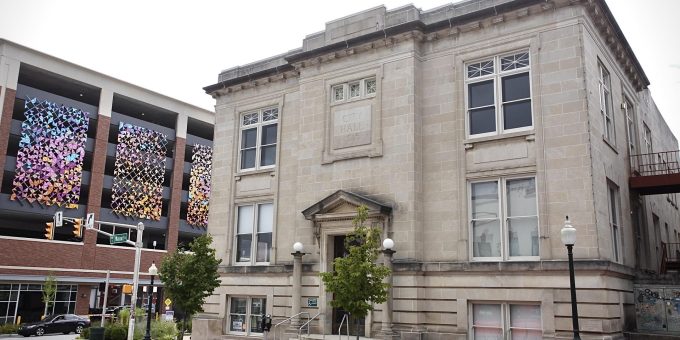 BLOOMINGTON – The City of Bloomington has signed a contract with Constellation Stage & Screen that will allow the new theater and film company to lease the John Waldron Arts Center for five years.

Constellation Stage & Screen, an organization that formed as a merger of Cardinal Stage, Bloomington Playwrights Project, and Pigasus Institute, will be responsible for the daily operations of the Waldron Arts Center, including managing the annual production schedule of the Center’s Firebay Theater and 3rd-floor auditorium.

The organization will also work with a Visual Arts Committee, composed of City- and Constellation-appointed individuals to host four visual arts exhibitions in the Center’s visual arts galleries each year.

Constellation Stage & Screen took control of Waldron’s management on July 1, 2022. As part of its management, the organization will initiate a set of interior upgrades to the building. These upgrades were approved by the City’s Board of Public Works on July 5, 2022, and include the installation of new technical equipment and theater seating, as well as the creation of a new cafe. The facility will be closed through early fall 2022 so these repairs can be completed.

“This innovative merger anchored at the Waldron creates a home for art in Bloomington and we look forward to watching it, and the community that will inevitably form around it, thrive,” said Mayor John Hamilton.

The ownership of the Waldron reverted to the City of Bloomington in January 2021 following its use by Ivy Tech Community College as classrooms, performance, and display space since 2010.

At the recommendation of the community-led Waldron Task Force (bloomington.in.gov/news/2021/05/06/4840), the City committed $515,000 for capital improvements to address deferred maintenance on the facility as part of the Recover Forward initiative to help the community recover from the COVID-19 pandemic. In keeping with its commitment to making the building once again safe and welcoming, the City upgraded the building’s HVAC system to comply with Actors Equity Association requirements, restored the building’s windows in a historically accurate manner, completed roof repairs and tuck pointing on the north and west sides of the building, upgraded all light fixtures to LED and repaired water damage throughout the building. Currently, the City is working to repair the downspout filtration system to prevent future flooding in the building.

The Waldron officially reopened on January 4 of this year (bloomington.in.gov/news/2022/01/04/5066) under the management of the City.

More than $15 million has been approved to date by the City Council for critical investments. Recover Forward Bloomington includes $9 million from the federal American Rescue Plan Act and $6 million from City reserve funds. Learn more at bloomington.in.gov/recoverforward.