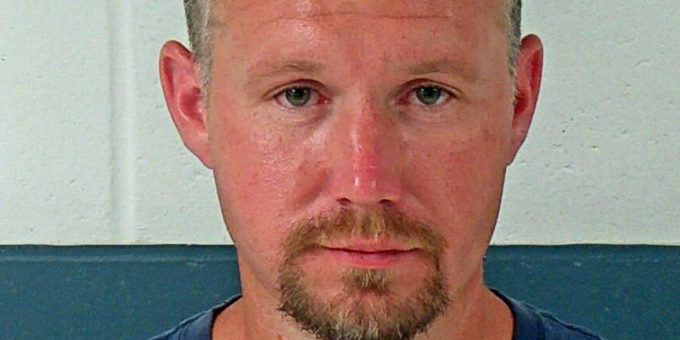 BEDFORD – A Bedford man was arrested Sunday at 5:10 p.m. after Bedford Police officers were called to 2940 Hillside Drive after a report of a physical altercation.

When police arrived they were met by a woman who reported her ex-husband 39-year-old Shane Sargent had injured her. Police say Sargent had already left the residence.

The woman told police that prior to the altercation she had taken her son to Jellystone Park in Monroe County and when she returned home Sargent became aggressive.

She told police she attempted to get away from him by going into a different room. She then locked herself and her son in a bathroom. But Sargent attempted to gain entry into the bathroom and damaged the door.  She eventually exited the bathroom and that is when Sargent grabbed her and pushed and pinned her up against a wall. She was able to get away and that is when Sargent threw a chair at her and she threw the chair back at him.

She then attempted to text her mother requesting her to call 911.

Sargent attempted to stop the woman from calling 911 and threw the woman’s phone breaking it.

He then left the home in a silver Ford F150.

The woman was unsure if she wanted to file charges against Sargent.

Another officer stopped Sargent in the 2840 block of Hillside Drive. Police say Sargent returned to the home and when he saw police and drove past the home.

Sargent told police the altercation was “strictly verbal” and said, “things have been a lot worse in the past”. He did admit to breaking the woman’s phone.

Police say the woman did suffer a scratch to her left arm and redness to her right eyebrow area. She did not complain of any pain.

Sargent was arrested on charges of domestic battery in the presence of a minor and interfering with reporting a crime.