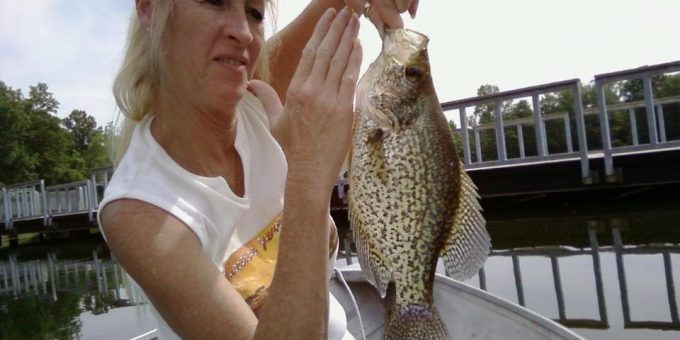 Carolyn Graham Courtney-Hatfield of Oolitic was born on November 21, 1957, and passed away peacefully in her home on August 2, 2022.

She was the world’s greatest amateur crappie angler. She had a passion for her plants and flowers as well. Carolyn was a member of the Dive Christian Church of Bedford, Indiana. She is preceded in death by her mother, Vivian Tedrow Graham Conrad & step-father, Jackie Conrad.

Carolyn is survived by her loving husband, Tim Hatfield (her handsome man). She is the daughter of Ray (Sandy) Graham of Salem, Indiana. Mother of four children, Christina Courtney of New Salisbury, In; Robert (Mistie) Courtney of Mitchell, In; Erin (David) Brummett of Mitchell, In; Ashley Hatfield of Kokomo, In. Grandmother to six grandchildren, and two great-grandchildren.

Carolyn has chosen cremation, with no public service.