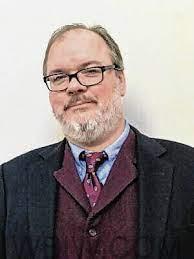 COLUMBUS –  Bartholomew County Prosecutor William Nash faces nine criminal charges, including two felonies, after a Mother’s Day dispute in which he threatened to kill a neighbor, according to court documents released Thursday.

Nash was charged July 15 with the felonies of obstruction of justice, and intimidation. He also was charged with these misdemeanors: intimidation, interference with the reporting of a crime, disorderly conduct, and four counts of harassment.

In a probable cause affidavit unsealed Thursday, an ISP detective said they spoke with the alleged victim who said they were concerned for their safety due to Nash’s erratic behavior, position, and power.

In an incident on Mother’s Day, May 8th. An Indiana State Police detective began investigating the case on May 11.

Nash’s neighbor told the investigator, that Nash had shot a BB gun towards their house in the past and they were in fear for their safety. Nash also threatened to kill him.

The Mother’s Day dispute began while the neighbor was mowing the yard and Nash approached “with an angry look on his face.” Nash aggressively approached his neighbor and began yelling at him about his dogs.

The man stopped mowing and told Nash, “Don’t come on my property yelling at me. Get off my property.”

As Nash left he was shouting “Dam dogs better be on a leash. Those are dangerous dogs and he better get a lawyer.”

The neighbor resumed mowing and found a small animal collar with the name “Pepe” on it. He called the phone number on the collar, and it went to Nash’s voicemail. So the neighbor took the collar to Nash who was outside in his garden.

Nash admitted the collar was his,

The neighbor then asked Nash if he wanted to discuss their dispute like adults.

According to court documents, SNash replied, “You think a BB gun is dangerous! Your dogs are dangerous. A BB gun is not going to kill you! You have kids playing with the dogs! You think a BB gun can kill you! I can kill you! I will kill you and Indiana State Law says I can kill you! Dude, you came into my yard and scream at me about shooting a BB gun! You put up a fence! Throw it (the small animal collar) and go, the last time I checked I am still the chief law enforcement officer until December 31 so go ahead and call the cops! Good luck with that! Throw me my thing!”

The neighbor’s wife recorded some of the interaction in the backyard on her cellphone, and she told the investigator she’d heard Nash say, “Indiana Laws says I can kill you!” and then began recording audio and video.

Nash has been the prosecutor in Bartholomew County since 2003. He did not seek re-election in May’s Republican primary.

Jennings Superior Court Judge Gary L. Smith was appointed as a special judge and unsealed the records on Thursday. Franklin W. Arkenberg of Milan was appointed as special prosecutor for Nash’s case.

Also on Thursday, an initial hearing set for Wednesday afternoon in Bartholomew Superior Court 1 was canceled after a “Waiver of Hearing by Party,” according to online court records.