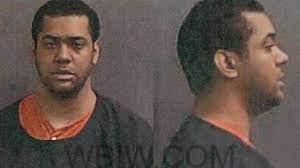 MUNCIE — Police say a man accused of murdering his mother said he did it at the instruction of media personality Ryan Seacrest.

Myron Armstrong, 28, was arrested by the Muncie Police Department on July 31, 2022, after allegedly killing his mother Sondra Armstrong.

Around 9 a.m. Sunday, officers with the Muncie Police Department responded to a home in the 1000 block of North Burns Street, where they found 61-year-old Sondra Armstrong suffering from stab wounds.

According to court documents, Sondra Armstrong called 911 reporting her son had stabbed her in the chest. Emergency medical personnel provided aid as she was taken to IU Health Ball Memorial Hospital, but she died from her wounds.

When officers arrived, they saw Myron Armstrong walking away from the home. According to investigators, Armstrong admitted he took a knife from the kitchen, went into his mother’s bedroom, and stabbed her.

Myron Armstrong also said “I am God” and that “Ryan Seacrest” told him to stab his mom.

“He admitted that it was not the right thing to do, but advised he was relieved it was over,” court documents state.

After stabbing his mother, Armstrong said he dropped the knife and walked outside as first responders arrived.

He’s charged with murder and being held at the Delaware County Jail.