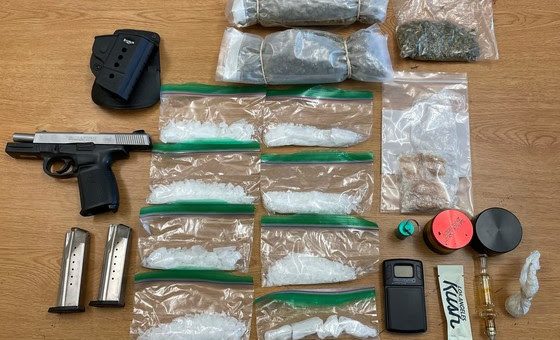 INDIANAPOLIS – A traffic stop in Indianapolis led to the arrest of an Indianapolis man after a Trooper discovered narcotics yesterday afternoon.

On August 3, 2022, Trooper Justin Hobbs pulled over a Red 2005 Dodge Ram pick-up truck on Keystone Avenue near Werges Avenue. The license plate on the truck was damaged and the expiration sticker was not visible, prior to the stop M/Tpr. Hobbs checked the plate number and determined the plate did not match the vehicle it was on.

28-year-old Lane Eby was arrested on the probable cause of the following charges:

This arrest is based upon probable cause and the charges listed are preliminary. Formal charges will be determined by the Marion County Prosecutor’s Office. All crimes mentioned in this release are alleged and all suspects are presumed innocent until and unless proven guilty in court.