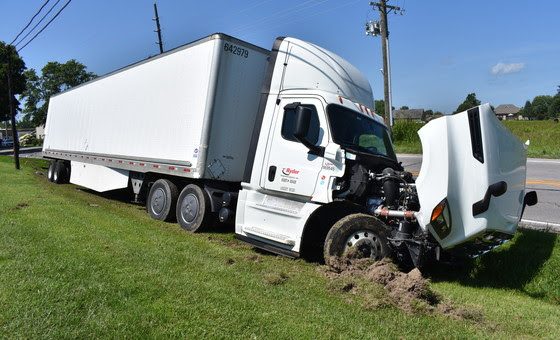 JEFFERSON CO. – Wednesday, at approximately 9:00 am, Troopers from the Indiana State Police-Versailles Post began investigating a two-vehicle head-on crash in Jefferson County that resulted in the death of a Harrison County, Indiana man.

The initial investigation indicates that a red 1997 Chevrolet truck, being driven by Richard Casey, age 42, Laconia, Indiana was traveling westbound on State Road 56 near Kuntz Road, just east of Hanover, Indiana.  For an unknown reason, Casey’s vehicle crossed the centerline into the path of an eastbound white 2019 Freightliner semi pulling a trailer, being driven by Herschel Downing, age 74, Waddy, Kentucky.

The vehicles collided nearly head-on in the eastbound lanes of State Road 56.  As a result of the collision, Richard Casey sustained fatal injuries.  He was pronounced deceased at the scene by the Jefferson County Coroner’s Office.  Herschel Downing was not injured in the crash.

State Road 56 was closed for nearly seven hours for crash investigation and cleanup.

The toxicology results on both drivers are pending at this time.

Richard Casey’s family has been notified.