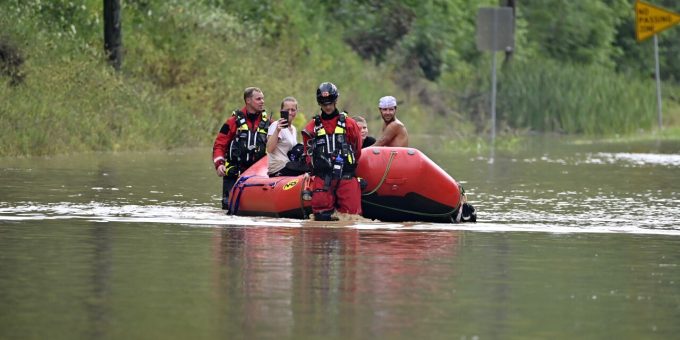 KENTUCKY – Kentucky Gov. Andy Beshear confirmed Tuesday morning that 37 people have died from flooding that enveloped the eastern foothills of the state over the last six days.

The governor said with high heat expected in the coming days and access to air conditioning and drinking water cut off, cooling centers will be open in eight counties.

The governor also announced there has been $2.3 million raised for the Team Eastern Kentucky Flood Relief Fund to go toward flooding relief efforts.