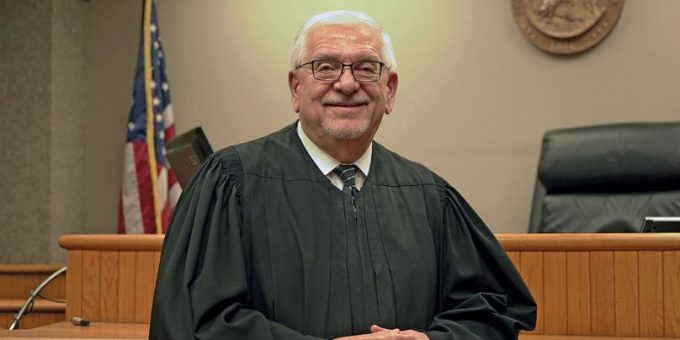 INDIANAPOLIS – A four-vehicle crash on I-465 claimed the life of a former Monroe County Judge Marc Kellams, of Bargersville Friday afternoon as emergency responders were called to the scene of a serious multi-vehicle crash in the southbound lanes of I-465 near I-70 on the east side of Indianapolis.

Preliminary reports were at least one person was entrapped and unresponsive in their vehicle. Upon arrival, first responders found a heavily damaged Acura SUV with two occupants entrapped inside.

The male driver and female passenger were both extricated from the vehicle, despite life-saving efforts 73-year-old former Judge Marc Kellams, of Bargersville, was pronounced deceased at the scene.

Kellams, 73, served at the circuit court for 38 years. He was also a Catholic deacon through the Archdiocese of Indianapolis and ministered at Bloomington’s St. Charles Borromeo Church.

Kellams earned his undergraduate and law degrees from Indiana University. He was an instructor teaching trial advocacy at the Indiana University Maurer School of Law since 1983 and was scheduled to teach again this fall.

Preliminary investigation at the scene by troopers determined traffic had stopped in the southbound lanes on I-465 just south of I-70, near the 43-mile marker for unknown reasons. The driver of a box truck did not stop for the traffic and struck the rear end of Kellams’ Acura SUV at highway speeds, which caused a chain reaction crash including a total of four vehicles.

The driver of the box truck was tested for impairment, however, at this time neither alcohol nor drugs are not suspected to be a factor in this crash. Three lanes of I-465 southbound were closed for four hours while the crash was investigated and the vehicles were removed.