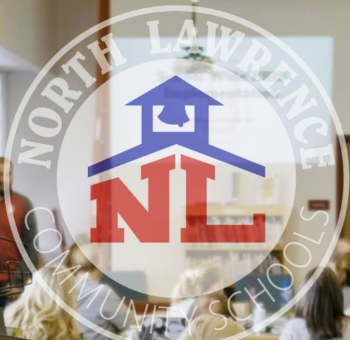 BEDFORD – The North Lawrence Community School Board of Trustees, met in a special session Friday evening, to discuss the potential closure of Oolitic Middle School (OMS).

After listening to community members against, and for the closure of OMS, the council voted which resulted in a 3-3 tie, effectively ending the motion and keeping the school open for the 2022-2023 school year.

Board members Kamal Girgis, Wendy Miller, and Kristen Collier voted against the closure, with board members Jeff Lambrecht, Tracy Bailey, and Bryce Bennett voting in favor of the closure. Bennett appeared via zoom, and Board President Trent Todd was not present as he was on vacation and did not have a reliable connection to use zoom.

Former NLCS teacher JoAnna Hackney, spoke against the plan and urged board members to address the broader issue of teacher resignations within the district, rather than close the school.

“Ultimately, the volume of teacher resignations had led to the unfathomable recommendation to close a school four days before its adolescent children take a step inside,” said Hackney. “I want NLCS to heal, recover and flourish. I believe it can, but it is up to this board to oversee it. Don’t do nothing. Find the problem. Solve the problem. Be the board that stops the chaos and brings peace to our children.”

On the other hand, recently hired OMS assistant principal, Kurt Godlevske, urged the board to move all middle schoolers to BMS, saying a more collaborative teaching environment would provide better education for students.

“We would then put every middle school student into a model which lacks teacher collaboration and differentiated course offerings,” Godlevske said. “That’s why having one location with a sizable enrollment, allowing our teachers to collaborate, to work the miracles they do with our children is critical. It is not possible to fully staff two middle schools in a community of our size with a nationwide teacher shortage.”

The recommendation to close OMS is the second this year, following issues with staff shortages, low student enrollment, and low numbers in extra-curricular activities. With the closure, the total amount of students at BMS would have been 571 students, lower than the total amount of students at Bedford Middle School (BMS) in 2019, according to NLCS Director of Learning Maggie Dainton.

During a meeting held on Tuesday, July 26th, Dainton said that if OMS were to open with current staffing levels, students at the school would receive a virtual curriculum with non-certified substitute teachers monitoring them in classrooms during the day, opposed to learning from instructors certified to teach the subject matter. Through this period, NLCS will continue to work at hiring for open positions but continue to face an uphill battle with the ongoing teacher shortage that has struck the country.

The board will start looking at all available solutions and allow students and parents a transition period to decide between both OMS and BMS campuses, allowing them to decide for themselves what they would like to do for their education.