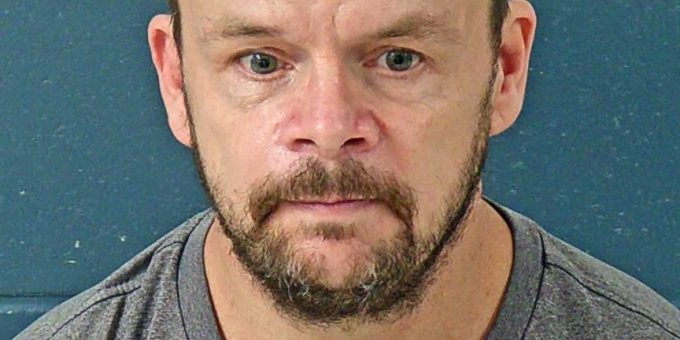 WOMAN – A Mitchell man was arrested on a charge of invasion of privacy after Mitchell Police officers report Adam England violated an active no-contact order.

On March 28, 2022, at 9:58 p.m. a female requested to speak to an officer in the 310 block of Dean Street. The woman reported her ex-boyfriend 50-year-old Adam England was sending her text messages in violation of a currently active no contact order.

The woman told police she was receiving text messages from a number she did not recognize. She then texted the number back and asked “Who is this?”. England replied back with his name. He told the woman he would be sending her money orders each week until he pays off the debt to her. He said he was living in Tell City and doing well.

He then sent the woman five photos of himself including a photo of a certificate of him completing his recovery program.

The woman did not reply to any of his texts, but England continued to text her.

The information was sent to the Lawrence County Probation Department and a warrant was issued for England’s arrest.