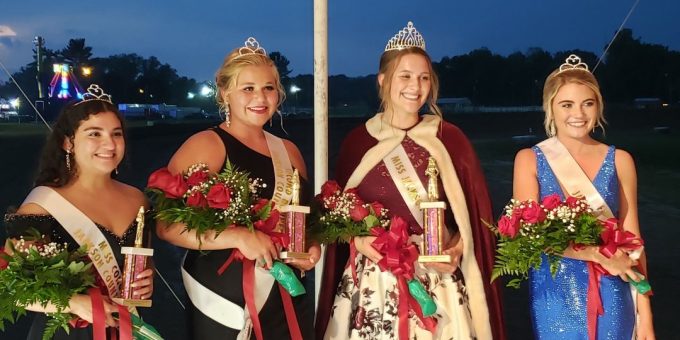 BROWNSTOWN — Abigail “Abby” Stuckwisch was crowned the 2022 Jackson County Fair Queen on Sunday at the grandstand.

She was one of 13 contestants in this year’s pageant who did interviews with the three judges Sunday afternoon and modeled professional wear and formal wear in the evening.

Stuckwisch was sponsored by Brownstown Central FFA. The 2021 Brownstown Central High School graduate spent the past year serving as an Indiana FFA officer, filling the role of southern region vice president. She is a 10-year 4H member showing pigs.

Ramirez was sponsored by White River Machine and Repair. She graduated from Seymour High School in June.

Morris was excited to hear her name called as first runner-up. Her sponsor was Kum Join Us Extension Homemakers Club. She too graduated from Seymour High School in June.

Shelton graduated from Brown County High School in May. Her pageant sponsor was the All Seasons Garden Club.