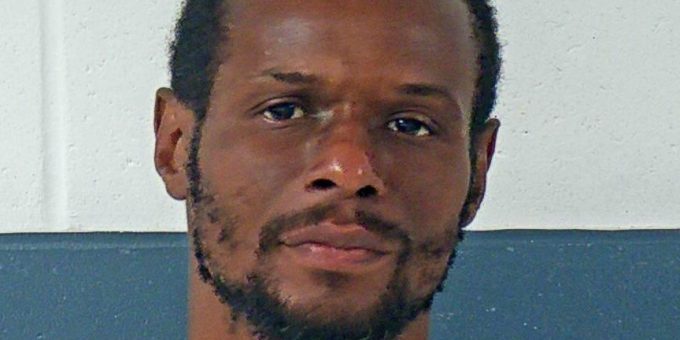 BEDFORD – An Indianapolis man was arrested after Bedford Police officers were summoned to German American Bank on 16th Street on June 29, 2022, after a man attempted to cash a fraudulent check.

A bank teller advised that a black male attempted to cash his “work check”, but once she attempted to verify the check through the company, Bailey & Weiler LLC, the male asked for the check back stating that he now just wanted to cash it with his normal bank. At this point, he took the check and left the bank.

The bank teller then contacted the company and spoke with a male who advised that they did not write that check. The check was written out to the sum of $2,331.40. The bank was able to provide the officer with the male’s last name and Indiana Operators License Number from the ID he provided. The male was 44-year-old Christopher Turrentine.

The officer then spoke to a representative from Bailey & Weiler LLC and confirmed they had not written the check, however, Turrentine had successfully cashed a fraudulent check at a Bloomington branch for a similar amount as the check he attempted to cash in Bedford. Bloomington Police were then contacted about the incident.

The Bedford officer was able to obtain video surveillance of both the incidents at the German American Bank in Bedford and Bloomington and identified the male as Turrentine.

A warrant was then issued for Turrentine’s arrest on charges of attempted fraud on a financial institution, attempted fraud, theft over $750, and counterfeiting.